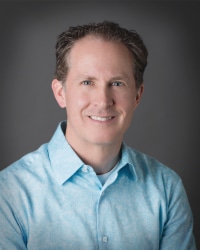 Dr. Van De Graaff specializes in otology and laryngology. He was raised in Orem, Utah and completed his undergraduate degree in Zoology with a minor in German Literature from Brigham Young University in 1994. Dr. Van De Graaff graduated from the University of Utah Medical School in 1998 and completed his otolaryngology residency in 2003 at the University of Colorado Health Sciences Center in Denver, Colorado. He has been board certified by the American Board of Otolaryngology since 2004 and successfully renewed his certification in 2014. After practicing in Lincoln, Nebraska for five years, he relocated to Boise with his family and joined Southwest Idaho Ear, Nose and Throat in 2008.