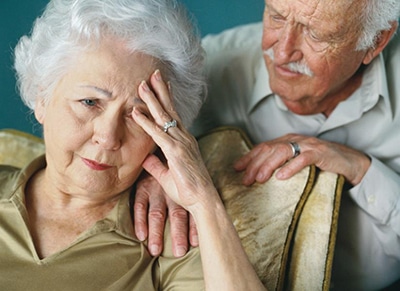 Symptoms of both untreated hearing loss and Alzheimer’s disease are nearly identical (Chartrand, 2001).

The body of research suggests a strong association between untreated hearing loss and forms of dementia like Alzheimer’s disease. In her article “Hearing Loss and Dementia: New Insights,” audiologist Dr. Kristi Albers notes the research suggests hearing loss puts older adults at risk for Alzheimer’s disease or other forms of dementia (Albers, 2012).

Due to the similarity of symptoms and the strong association between these two medical conditions, untreated hearing loss is sometimes misdiagnosed as Alzheimer’s. In a 1996 study involving 52 patients, 30 with a diagnosis of Alzheimer’s and 22 diagnosed with other forms of cognitive impairment, 49 patients (94 percent) had significant hearing loss. The authors of the study concluded: “the extraordinarily high prevalence of hearing loss in this selected population suggests that a hearing evaluation should be part of any assessment of cognitive function” (Gold, Lightfoot & Hnath-Chisholm, 1996).

Further complicating these issues is that the commonly used assessments for Alzheimer’s disease, like the Mini Mental State Examination (MMSE), the Sternberg Memory Scan and California Verbal Learning Test, are all administered verbally (Chartrand, 2005). Therefore, hearing professionals like Dr. Chartrand advocate that audiometric evaluation by a licensed audiologist and aural rehabilitation precede any clinical assessment of cognitive function (Chartrand, 2005).

For many elderly patients, untreated hearing loss — not Alzheimer’s disease — may be causing their symptoms. For proper diagnosis, it is imperative that these patients’ hearing is properly evaluated and treated prior to administering any cognitive assessment.